By juan
Posted 9 November 2020
In Interview, Triathlon
INTERVIEW – Marco Akershoek2020-11-092020-11-11https://www.challenge-family.com/mallorca/wp-content/uploads/sites/11/2019/06/logotipochallenge_color-vert.pngTriathlon Majorca | CHALLENGE PAGUERA MALLORCAhttps://challenge-mallorca.com/wp-content/uploads/sites/11/2020/11/banner-interview-marco-akershoek.jpg200px200px
0
When did you start practising triathlon? Did you practise other sports before?

My triathlon carreer started at the age of 7 in 2000. My first real race at the Ironkid race Almere, nowadays I still race the challenge family race there. After 2008 it became more serious because I entered the dutch team and many years later I am still loving it. For 20 years now.

My father did participate in 2 full distance triathlon in Almere and I was there as a little kid. So I basically did not knew any better. During the first years I was more foucussed on swim races (My father still does) but after 2008 the focus became triathlon

How many triathlons of medium and long distance have you done?

Do you belong to a triathlon club? If so, which one?

Do you have a triathlon coach or do you set your own training routines?

Partly I make my own schedule but if I have any questions I speak with Eric van der Linden (Tritack). He is my former coach at the Dutch team and he brought me more into triathlon in 2008.

What is your favourite triathlon discipline?

I would say swimming but cycling during summer through the hills is great. But the combination of all three makes it the best.

Where do you live? (country, province, town/city)

What is it triathlon training like where you live?

Swimming is just a normal pool and not a lot of lakes in the neigborhood so thats a pity. On the bike you can go ‘flat’ if I go to the north but you can also go throught the ‘famous’ hills of the Netherland. Valkenburg is a 20k ride so you can easily go there and make a loop with enough hills to prepare yourself for Mallorca. Running around sittard is not the best if I compare it to the place of my girlfriend. She lives more south and from her doorstep you can easy go into the gravelroads and the hills. So I try to run there when I can.

How many hours a day do you train?

Around 20h a week but the last couple of years it is more difficult because I work 3 days a week. So it takes a lot of planning to do so. I go when I can My biggest week ever was 38h

Triathlon is a sport that requires more training time than others. What is your secret to combining work, training, family, friends, leisure, etc?

If you feel the need for training then just go and accept it when you feel tired and don’t want to go. If you feel happy you will be good at the startline

Describe a day in your life:

I work 3 days a week and mainly I go by bike. It is 20k, so that make it 40k in total. On the other days I try to do train between 3-5h with mainly a swim early in the morning and after some sleep I run and end it with a bike ride in the afternoon.

Do you have any favourite triathlete/s?

Not specific, maybe my father when I was a kid.

How many times have you participated in CHMALLORCA?

What is your challenge / objective for Challenge Peguera Mallorca 2021?

Winning the age-group race for the second time

Why is CHMALLORCA one of your chosen races?

Besides competing in CHMALLORCA what other things do you enjoy doing here?

Just cruising around, laying on the beach after the race and enjoy the scenery.

A word of advice to convince someone to participate in CHMALLORCA who has not yet done so?

For me the best Challenge race I raced. Especially how they communicate and all the extra’s you get around the race. The special prices for the age-groups, the bike protection bag and the scenery on the swim and bike. A very well organised race and they still want to improve themselves.

In your opinion, what is the highlight of the CHMALLORCA race?

The ocean swim. you really go far in the wild sea and you can look very far down. Scary and awesome at the same time

Coming soon! 🔥💯🤑 CHANGE OF PRICES in the

THE BEST THING IS TO BE ABLE TO DECIDE 🤩

We begin August with good weather and the desire t

Do you know the Finca Pública of Galatzó? It is

We know many of our a

ZONE3 & MICHELLE VESTERBY (Get ready for a long di

We have created an ONLI 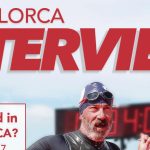 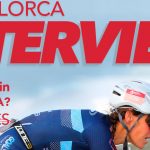