After announcing CHALLENGEFAMILY ‘s Awards some weeks ago, today there are several winners in all twelve categories. Most prestigious price is definitely for CHALLENGEPEGUERA-MALLORCA: this race is chosen as Race of the Year!

CHALLENGEFAMILY athletes liked the spectacular courses through the beautiful surroundings of Mallorca, the swim in the Mediterranean sea, the bike including some tough climbs and the run on the promenade with lots of public alongside the course. Therefore it’s decided to pick this race as Race of the Year. CHALLENGEPEGUERA-MALLORCA will take place October 20th 2020.

With the CHALLENGEFAMILY Awards race organizers, volunteers and all people which put on incredible races around the globe year after year, being rewarded for their hard work and they are decided by athletes’ choices. Not only the Race of the Year was rewarded, but also awards in eleven different categories.

So it happens that CHALLENGEGRANCANARIA is awarded for Best Run Course: amazing news for whole the team working to make this race the best as possible. Besides the Best Run Course, also the best Swim Course is awarded and this one goes to CHALLENGETAIWAN. It’s very clear athletes liked their swim in the ‘Flowing Lake’ with it’s very clear water. Best Bike Course goes to CHALLENGEROTH. ‘Solar Hill’ keeps it’s magic with thousands of spectators every year and is named ‘epic’ all over. This comes together with another award for CHALLENGEROTH: this iconic race in Germany also does win the Best Fans Award as well.

CHALLENGEGRANCANARIA did win another award: athletes awarded this race for the Best Race Venue. Do you like an amazing pasta party before the race? Then make sure to qualify for THECHAMPIONSHIP in Samorin, Slowakia, because this race is awarded for Best Pasta-Party. Every year pasta party takes place at X-bionic Sphere.

At CHALLENGEFAMILY, environment is a very important topic. The race which implements this best, is CHALLENGEHEILBRONN. Athletes all over the world do like the fact this race is completely CO2 neutral.

Another very special award goes to CHALLENGECAPETOWN. This race was held for the first time this year and was directly of high quality. Therefore it’s awarded as Best New Race.

Last but not least, CHALLENGEWANAKA is awarded as most Family-Friendly race. For lots of people Wanaka is at the other side of the world, but still athletes are feeling more than welcome and well served: exactly where CHALLENGEFAMILY is trying to stand for: all about the athletes!

Here you can see the overview of all awards:

🔥Just three days to go until our BLACK FRIDAY d

🔴⚫️⏱🔜Just five days to go until our Bl 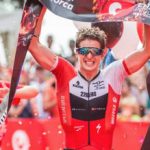